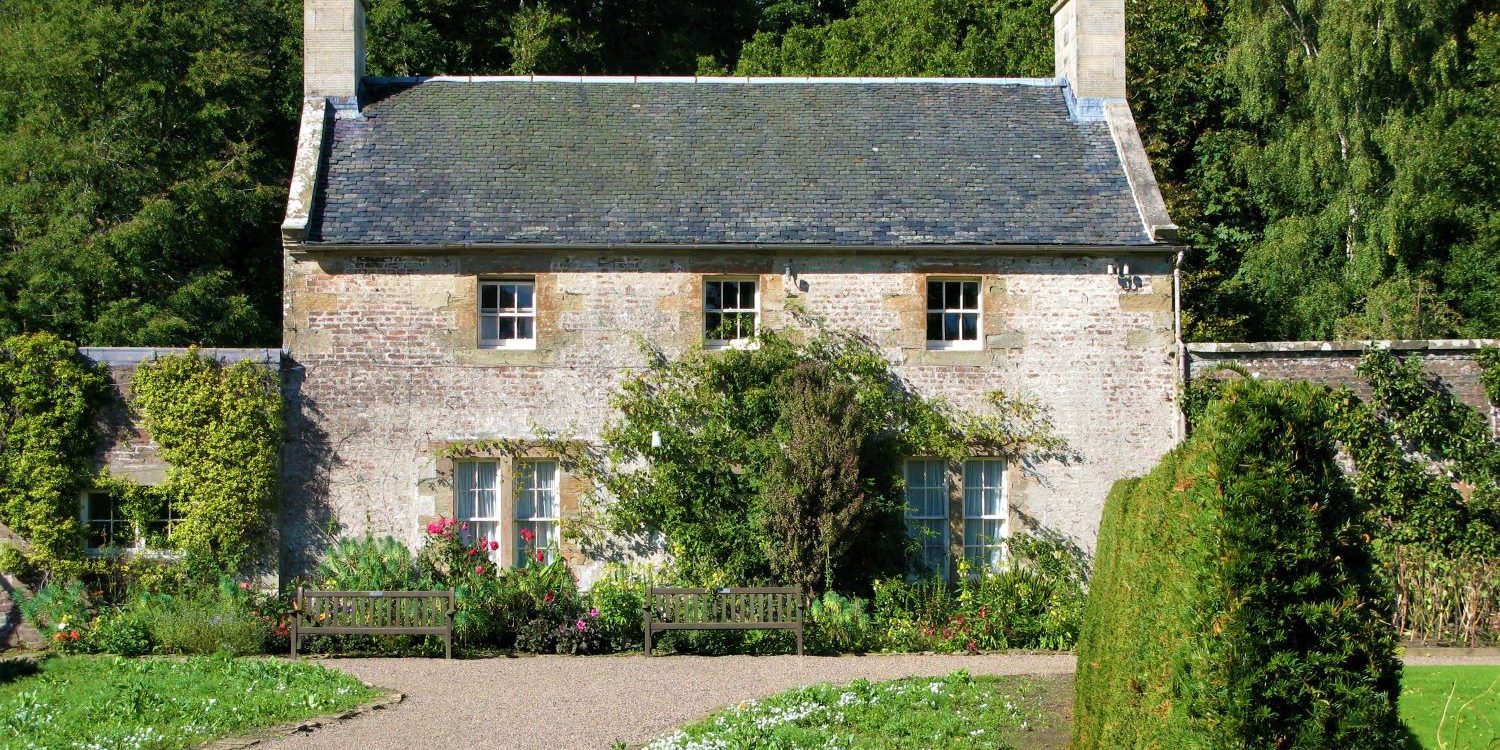 Not only are home buyers in a race for space but, according to Nationwide, house prices also jump by 10.9% as this trend intensifies.

This means the UK average house price has risen by nearly £24,000 over the past twelve months. 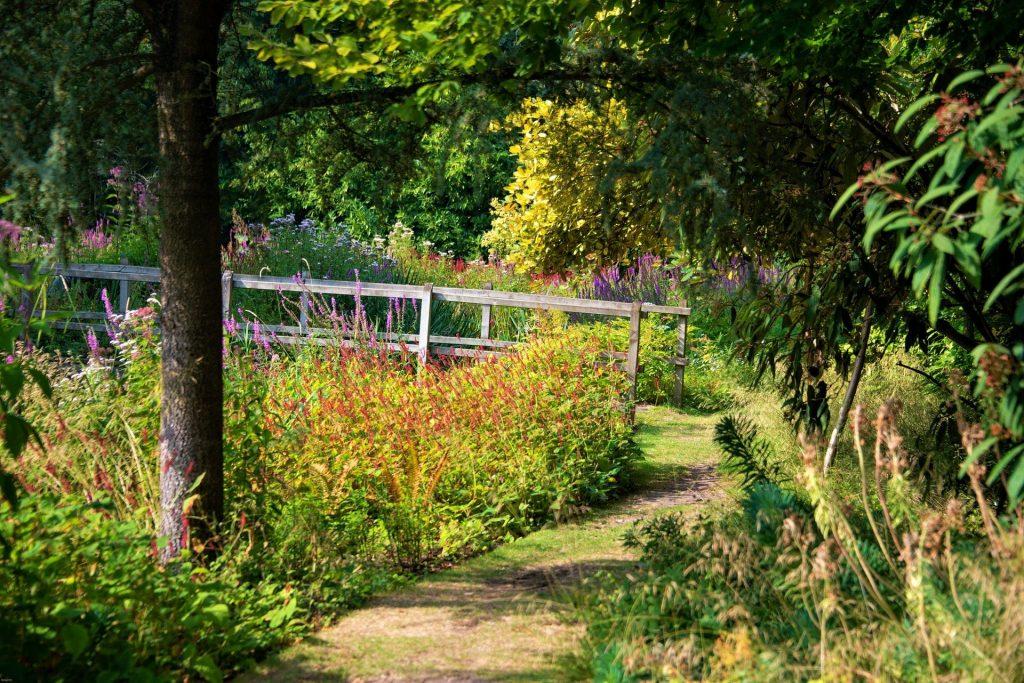 Buyers are wanting to move to homes where there is access to their own larger garden, or situated close to open outdoor space nearby. According to Nationwide, the majority of people are looking to move to less urban areas. “It is shifting housing preferences which is continuing to drive activity, with people reassessing their needs in the wake of the pandemic.”

The Bank of England’s Sir Jon Cunliffe says that the way people have learned to work differently during the pandemic may also be changing their preferences for where they want to live.

Savills has also predicted strong growth in the UK housing market throughout the coming years, especially in the north and Midlands.

No doubt that the stamp duty tax break that was introduced during the pandemic to boost the housing market, and in turn the UK economy, has already had a marked effect. This relief on the first £500,000 of a house sale has been extended to the end of June. After which, it drops to £250,000 until the end of September. This is for England and Northern Ireland, with Scotland and Wales also having similar support for homebuyers. 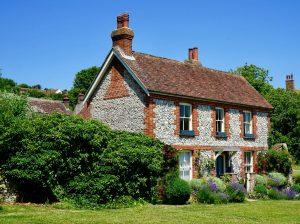 Why is the housing market so busy right now?

Rightmove says that every day you’ll no doubt be hearing different things about what’s happening in the housing market. They also monitor the market and track what is happening at the start of the home-moving journey, which means they see what’s happening to prices before anyone else. They can see how many buyers are viewing and enquiring, and how quickly homes are selling.

So, what are their five key takeaways on the property market this month:

Properties are selling within 45 days on average, which is almost three weeks faster than the start of the year and the fastest pace ever recorded on Rightmove.

The number of potential buyers is also at a record high right now, putting you in a good position to get a good price and a quick sale if you’re thinking of selling.

In the past two months more homes have come up for sale – and more than 260,000 new sellers came to market in the last two months alone.

Asking prices are at a record high and up in all regions compared to before the pandemic. Since the first lockdown in March 2020, asking prices have risen the fastest in Wales, followed by the North West of England.

The average asking price of a property has now reached a record high of more than a third of a million pounds (£333,564) in Great Britain. In London, prices are at a standstill, but at £640,000, the average cost of a home in the capital is still almost three times higher than in the northern regions of Britain.

Across Great Britain, there is a huge demand for rental homes in this exceptionally busy housing market. Asking rents outside London keep rising and have hit another record high, at an average of £982 per calendar month, which is the highest annual rise since 2015. In London, asking rents have dropped in two thirds (65%) of areas.

If you’re a first-time buyer hoping to find a home in a buzzing city centre, there is some good news for you. It’s now cheaper to buy a home in some of Britain’s largest and most popular city centres than it was at the start of the year. 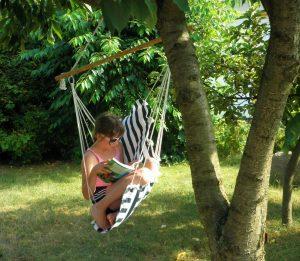 What are the most sought after properties?

Family homes with three bedrooms or more are like gold dust in many areas of the country, especially in parts of the north.

If you need a mortgage, and especially if this will be your first time applying for one, do your research on what’s available to you, and get what’s called a ‘Mortgage in principle’ before you ask agents to view homes you’re interested in. You’ll be showing them you’re serious and that you have all your finances already sorted.

What does the housing market forecast look like in the coming years?

Savills is more cautious than other market observers, but they also say that the UK housing market will continue to see strong growth in the coming years. “2021 is going to be a complex and uneven year, with competing forces impacting the housing market at different points,” says a Savills spokesperson.

“But the outlook has improved since the beginning of the year given the speed of the vaccination programme, the expected relaxation of social distancing measures and government support for both jobs and the housing market.” 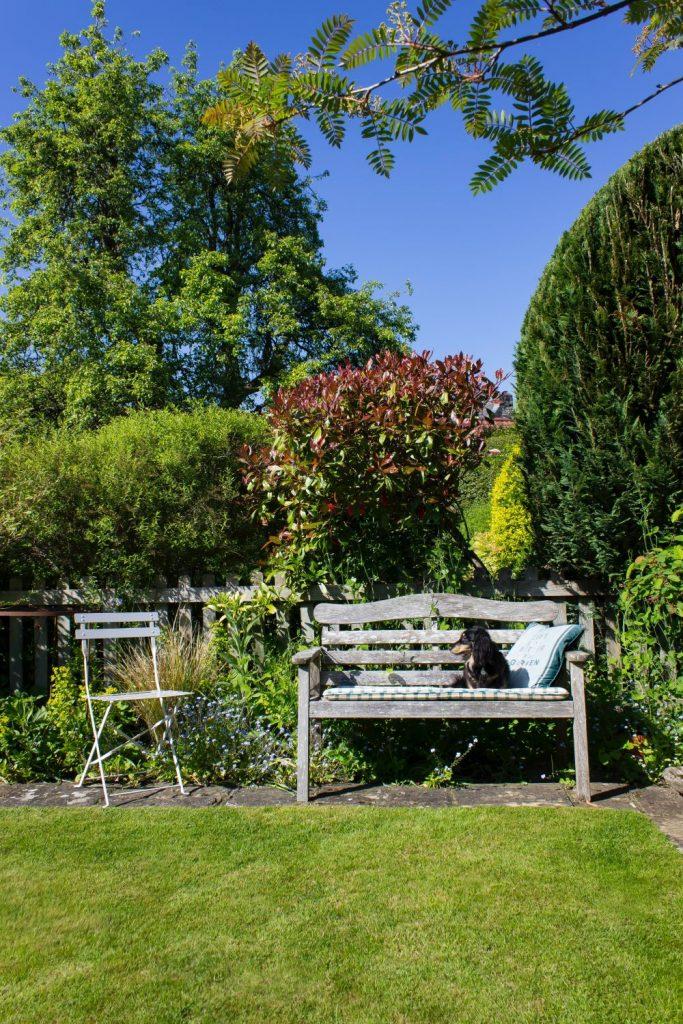 There is a mix of opinion as to which areas will see the most growth in the housing market. But everyone is in agreement that the north is forecast to lead the way with ongoing annual 6% house price growth in 2022, continuing all the way into 2024-25.

With major investment in infrastructure coming to towns and cities in the north and Midlands, this will likely bring further growth to these areas

“Overall, the COVID-19 pandemic has certainly changed the landscape for many sectors. However, at least for the short-term, the UK housing market continues to show resilience. And the sector is set for sustainable growth in the coming years. Regional parts of the north and Midlands will likely continue to see the strongest growth,” says Savills.

Moving up and down the country

Every record house purchase requires removals services. And Shires Removals is perfectly located to service the whole of the UK – moving people around the corner, the width and breadth of the country, and also around the world. 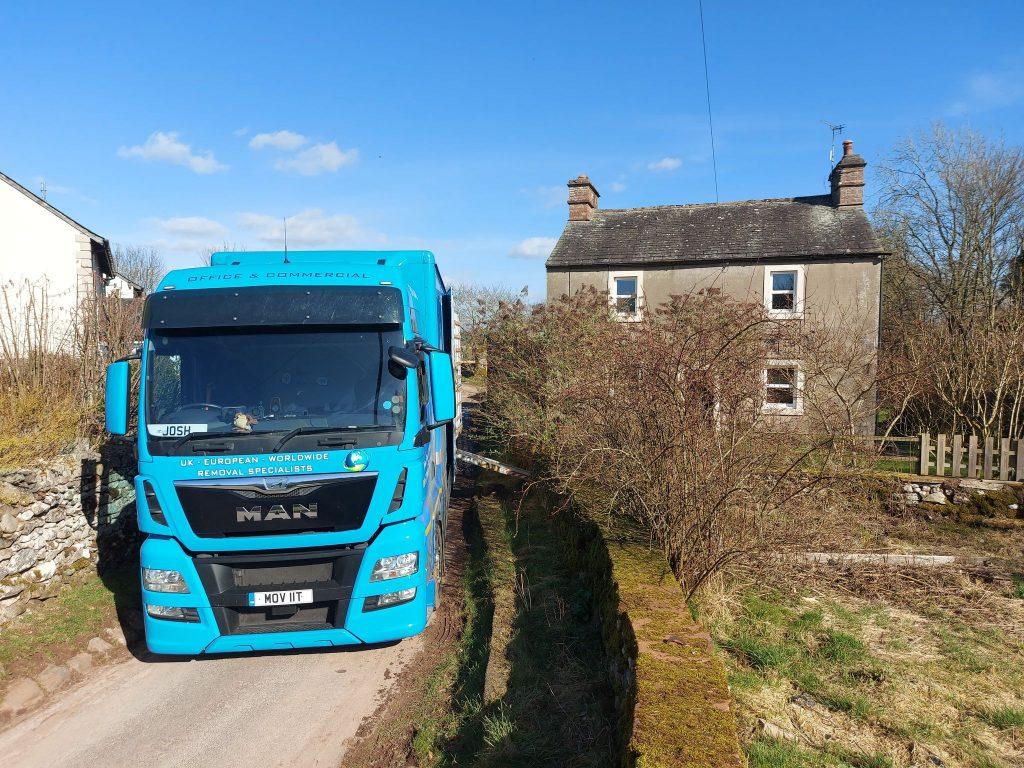 With the housing market activity defying many predictions, and with high demand for removals services, it is worth booking your moving date as soon as you reach finalisation of your purchase (and sale of one house to move to another).

Here at Shires Removals, your move is taken care of from start to finish. If a video survey for quoting makes your life easier, you can send your video in to us.

Packing and unpacking, including packing materials and storage, is all part of our Shires service offering. This is for domestic and commercial moves, local and abroad.

A final word from the property people

Mark Manning, Managing Director of Yorkshire-based Manning Stainton, said: “Across our region we’re seeing a continued surge in the volume of new buyers entering the market. Of particular note is the vast number of those buyers arriving from other destinations around the country, particularly the south. This surge in buyer activity combined with a relative shortage of new properties coming to market has had the inevitable effect of creating a significant surge in prices with buyers clamouring to get their hands on most listings that hit the market.

We can see little sign of this abating and would predict that even with the end of the present stamp duty incentive that prices will continue to rise through the rest of this year and likely beyond.”

Whether you are moving house or office, nationally or internationally, our friendly and helpful staff aim to make the move as easy and stress free as possible.

Our head office is located in Kinsley, near Pontefract and Wakefield, West Yorkshire, UK but we cater for moves all over the country whether you are moving a few miles or a few hundred miles. Our representatives can visit you at your home to discuss your moving requirements, with no charge and with no obligation to use us.

We provide Local, National and International Removals, Packing, and Storage services to Domestic and Commercial customers.

You find a place, and we’ll take you there! 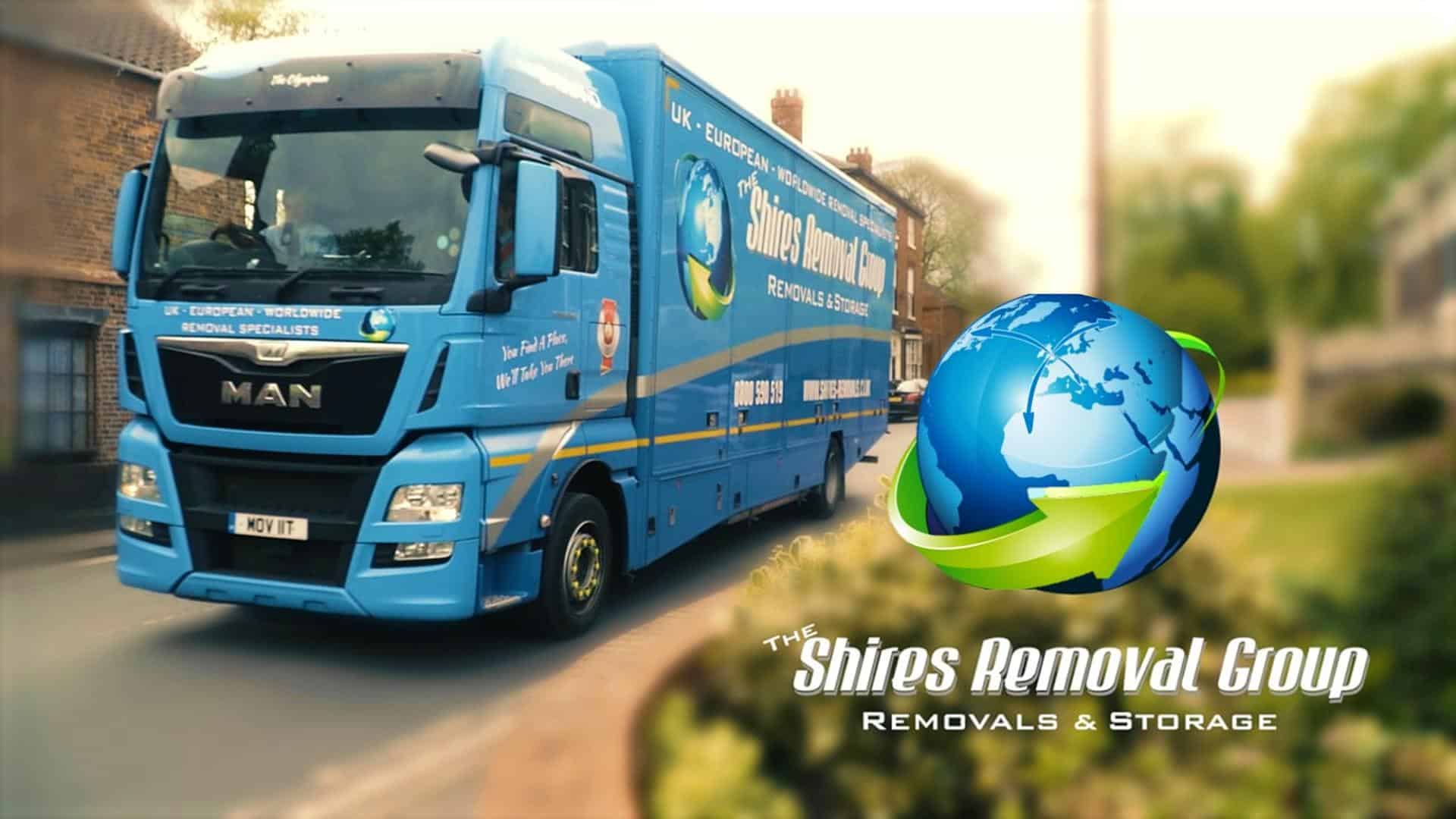 Moving long distance, across country – from Cornwall to Scotland and beyond.
April 30, 2022

Keeping it in the Shires family – a foundation of HGV drivers to keep the wheels turning
September 30, 2021